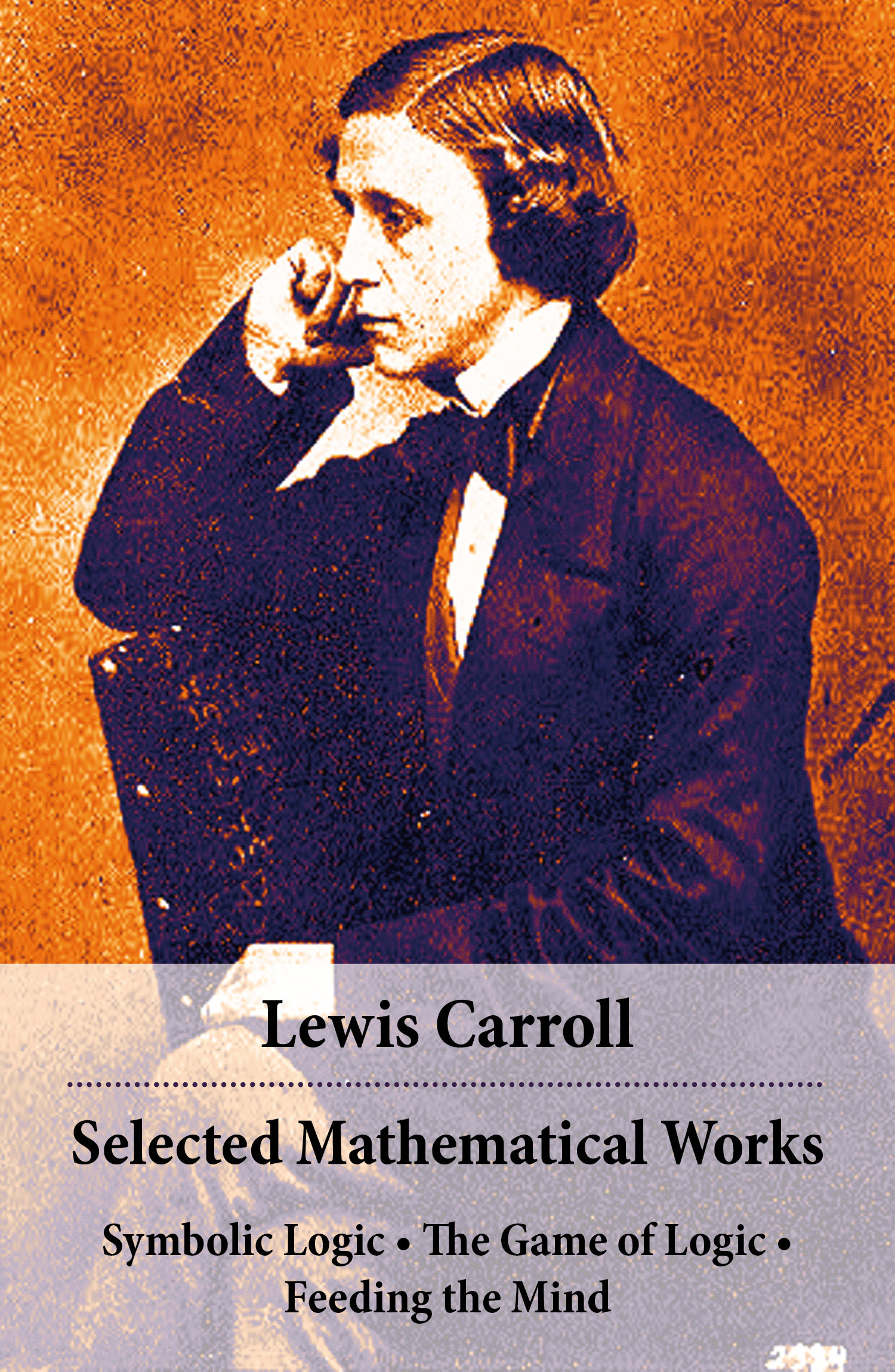 This carefully crafted ebook: "Selected Mathematical Works: Symbolic Logic + The Game of Logic + Feeding the Mind" is formatted for your eReader with a functional and detailed table of contents.
Lewis Carroll wrote several mathematics books. He was mainly interested in using logic diagrams as a pedagogical tool.
Symbolic Logic, first published in 1896, contains literally dozens of puzzles. He believed heartily that children would enjoy learning mathematics if they could be enticed by amusing stories and puzzles.
The Game of Logic, published in 1897, was intended to teach logic to children. His "game" consisted of a card with two diagrams, together with a set of counters, five grey and four red. The two diagrams were Carroll's version of a two-set and a three-set Venn diagram.
A manuscript of a brief lecture Lewis Carroll once gave, Feeding the Mind, discusses the importance of not only feeding the body, but also the mind. Carroll wittily puts forth connections between the diet of the body and mind, and gives helpful tips on how to best digest knowledge in the brain. This essay was originally printed in 1907.
Lewis Carroll ((1832-1898) is best known as the author of Alice in Wonderland and Alice Through the Looking Glass. His real name was Charles Dodgson. His father, the Reverend Charles Dodgson, instilled in his son a love of mathematics from an early age. Lewis studied at Oxford, and later taught there as a Mathematics Lecturer.